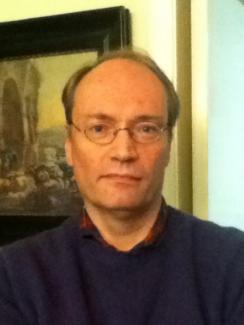 Martijn Niekus is senior researcher at the FSU Center for Economic Forecasting and Analyses (CEFA). His research interests are in fiscal policy analyses; and in particular, in tax policy. At CEFA, his research includes the economics of clean energy and research commercialization, and he recently completed a study on “Making Florida’s Manufacturing Sector Competitive”. Previously, he served as the executive policy advisor to the State Secretary of Finance in charge of fiscal affairs and trade policy and as the executive policy advisor to the Minister of Economic and Labor Affairs, both in the Netherlands Antilles.  In addition, he was advisor to the Government of the Netherlands Antilles in the capacity of senior economist to the Social Economic Council (SER) of the Netherlands Antilles. Prior to his public role, he was an economics professor at the Hanze University in the Netherlands. He holds a post doctorate degree in Economics Education and a doctorate degree in Economics from the University of Groningen. His bachelor’s is in business economics from the “Higher Economic and Administrative Education” (HEAO) in Groningen.